The following example uses an existing smart contract deployed to the EVM on betanet, and makes simple read and write operations. Feel free to follow along with this repository. It uses two existing NEAR betanet accounts, so you don't have to create one. An upcoming section covers building and deploying a contract from Solidity and deploying from your own betanet account, but we'll keep it simple for now. For this evm-simple example, we'll interact with a version of the NEAR Pet Shop, which is a dApp based on the Truffle starter project. In this application, there are two functions:

This project uses two npm packages: web3-eth-contract and near-web3-provider. The former is a common dependency in the Web3 world, which plays nicely with the latter package described in detail here.

The entire file is 42 lines and newcomer-friendly. In the below screenshot, the function callEvm is collapsed for readability. The last line of the file calls start, which will send two NEAR betanet account names to callEvm.

✋ Quick note: all code screenshots on this page link to GitHub projects at the latest commit when this was written.

Now let's look at the expanded callEvm function and discuss the highlighted sections: 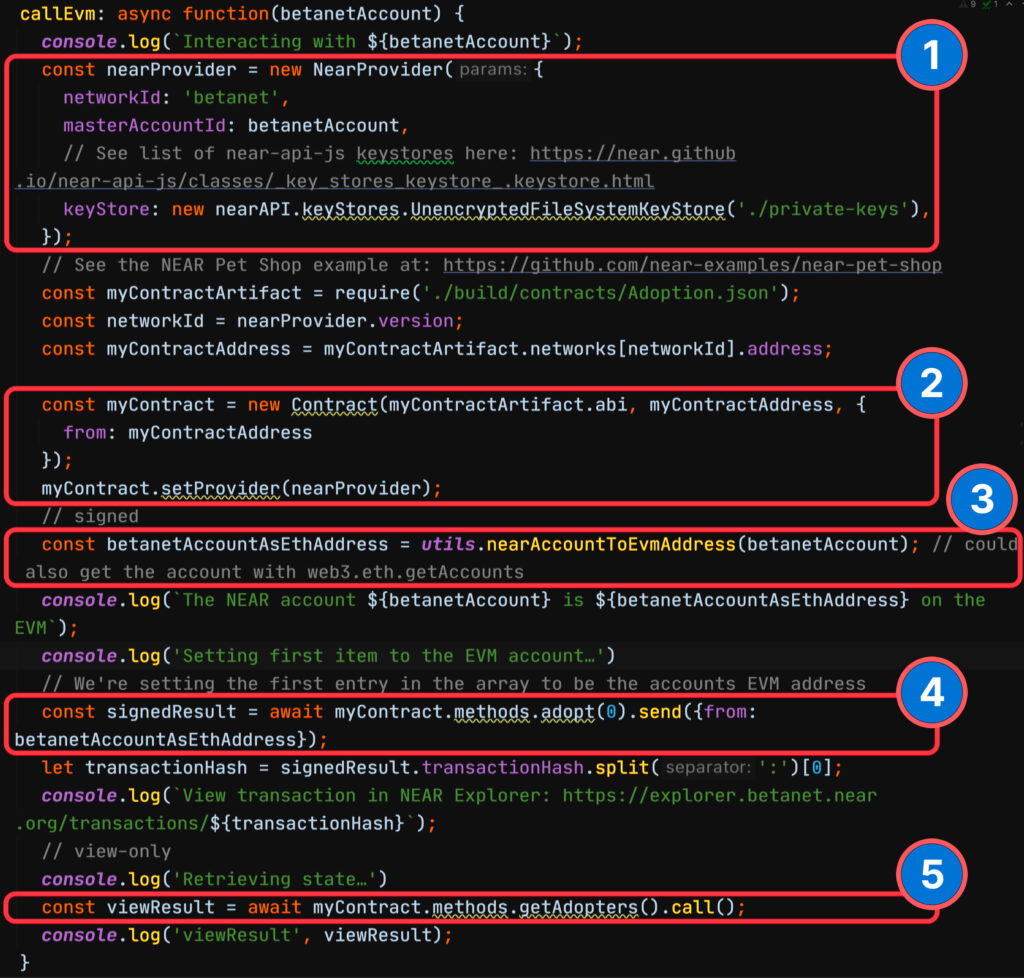 Breaking down each step:

Finally, run this project following the instructions in the README. You'll see this simple NodeJS app setting the adopter of the first pet to be mike.betanet, show the list of adopted pets, then have josh.betanet adopt the first pet and show the results again.

Let's show how to interact with the same contract from before using only your Terminal or Command Prompt.

NEAR CLI is a command-line interface tool written in JavaScript. It uses near-api-js to make RPC calls, offer utility functions, and generally simplifies the experience of deploying and interacting with contracts and NEAR accounts. There's more information in the documentation for this tool, but assuming you have Node 12+ you may install it globally with:

In the previous evm-simple example, there was an artifact for the Adoption contract. This was created when the contract was compiled, and lives in the directory build/contracts. It contains application binary interface (ABI) information necessary to call functions and handle their returned values, contract data, and other details including where this contract was deployed. Let's peek at the bottom of the artifact file, Adoption.json:

Let's use NEAR CLI to call the read-only function getAdopters:

If this command were translated to English it would say,

"Hey NEAR CLI, use the command evm-view on the EVM contract deployed to the account evm, calling the Ethereum smart contract located at address 0xAdf…E67 giving empty parameters to the function getAdopters. And oh yeah, here's where you can find the artifact containing the ABI.”

After running the command you'll see something like this: 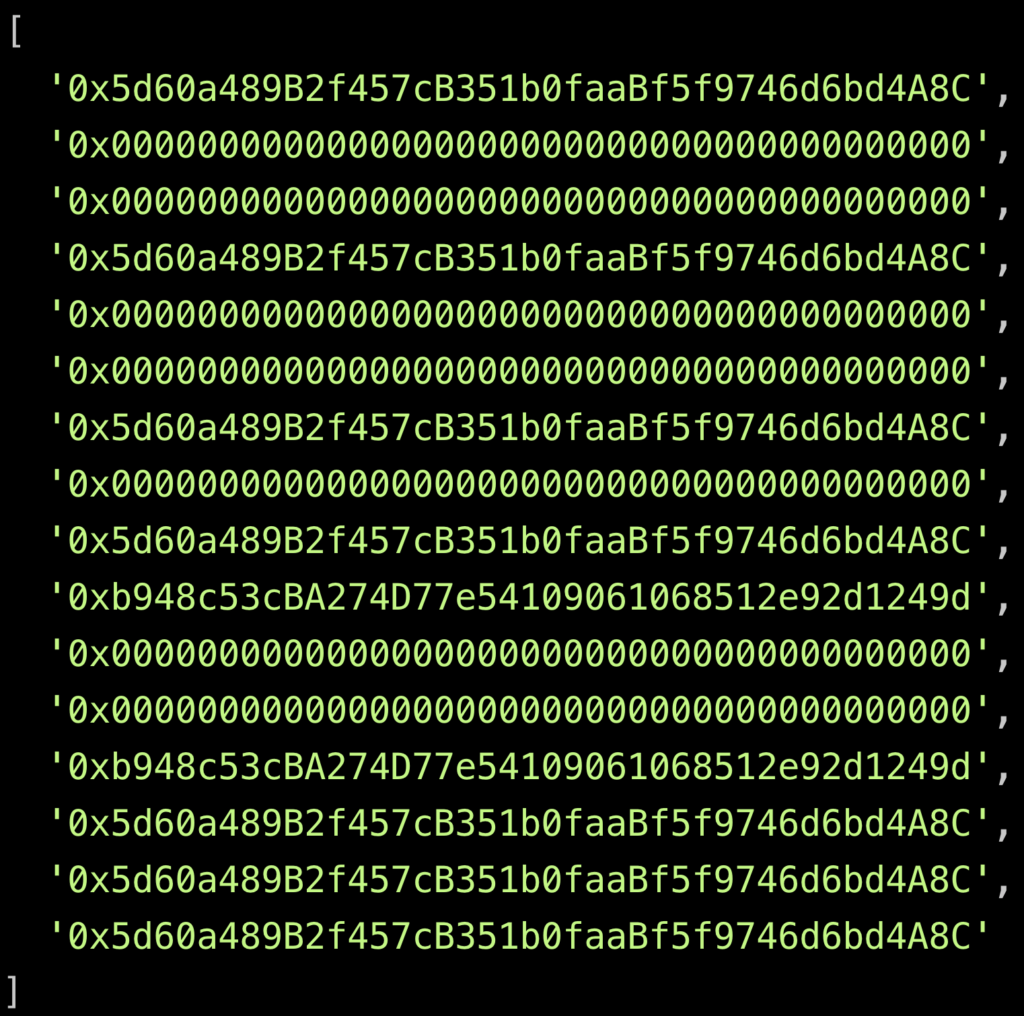 The item in the array contains the address 0x5d60a489b2f457cb351b0faabf5f9746d6bd4a8c. This is the Ethereum address derived from the NEAR account josh.betanet, as demonstrated by a quick NodeJS REPL trick:

(A Quick reminder that Ethereum addresses are not case sensitive, so don't be confused by the two addresses ending in …4A8C vs. …4a8c as shown here. Capitalization is only used as a nifty checksum, helping users make less mistakes.)

The second item in the array is all zeroes, meaning this "pet” hasn't been adopted yet, so let's use NEAR CLI to send a signed transaction from the NEAR account mike.betanet and manually adopt this pet without a web interface. We can do this because the private key to mike.betanet is a special, function-call access key, meaning NEAR tokens (Ⓝ) cannot be transferred, or the account deleted, etc.

After running that command, we'll rerun the previous evm-view command for getAdopters to see the second item in the array has updated to the Ethereum address of mike.betanet:

We've demonstrated how to access and mutate state using NEAR CLI. The three new commands added related to the EVM are: