NEAR Shell is a fully featured NodeJS command line application that wraps near-api-js.

You use NEAR Shell to connect to the NEAR platform from the terminal to create accounts, deploy contracts and more.

Prerequisites: Make sure you have the latest version npm and node

To install NEAR Shell globally (recommended)

Please use the Windows Subsystem for Linux (WSL).

Note: Copy/pasting can be a bit odd using WSL. Quick Edit Mode will allow right-click pasting. Depending on your version there may be another checkbox allowing Ctrl+V pasting as well. 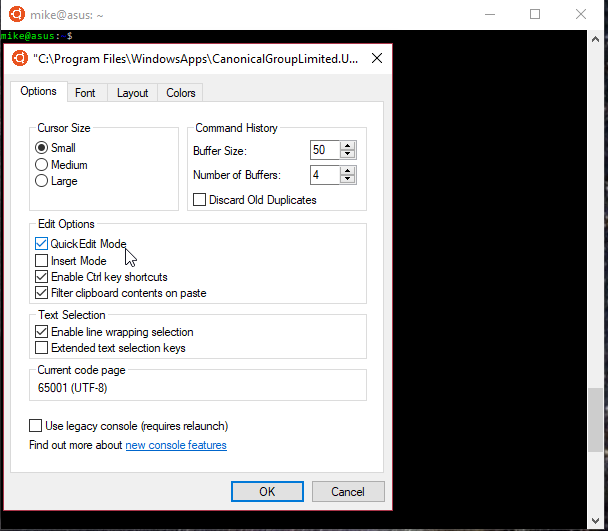 If an upgrade is available, NEAR Shell will present a notice similar to the following:

If you're curious, you can always check your current version before and after the upgrade with

And you can always see the latest available version using

If you have any issues upgrading NEAR Shell, sometimes the fastest way to resolve the issue is to uninstall / reinstall

In command line, from directory with your project: